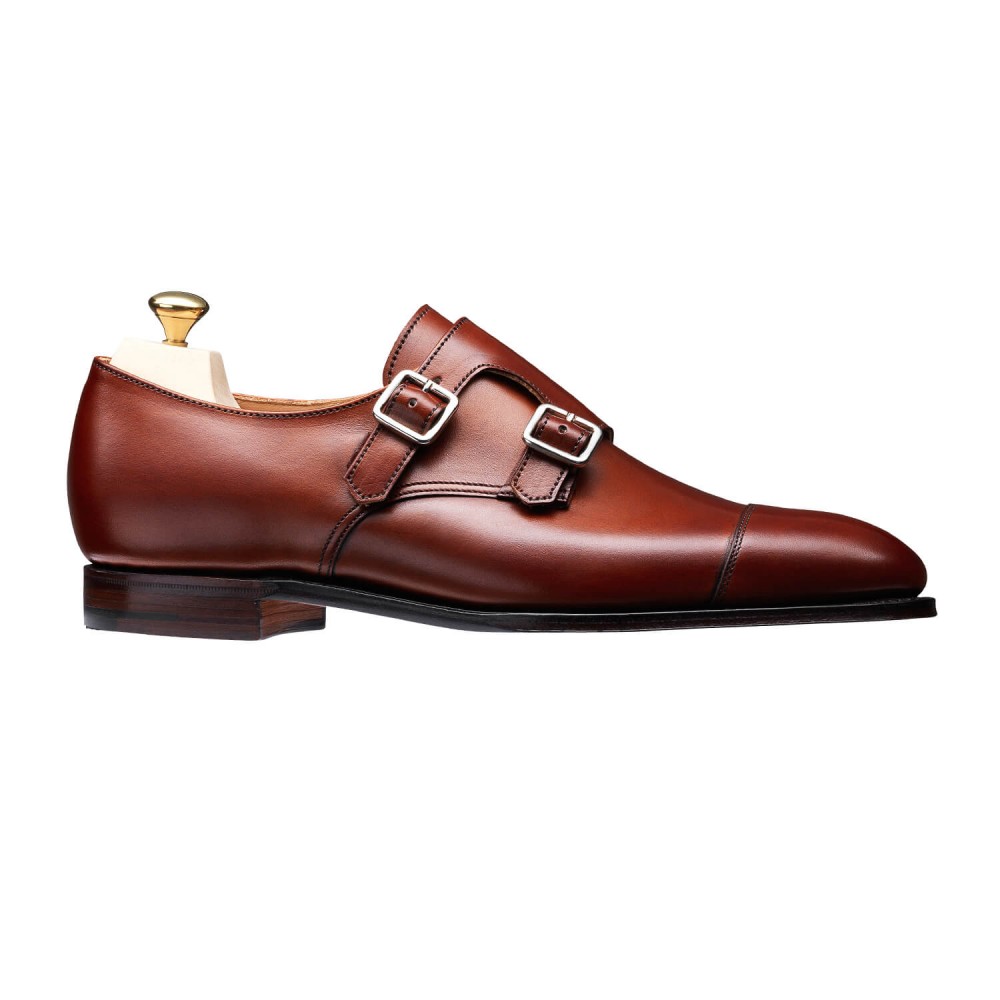 Crockett & Jones Ruby is a burnished chestnut calf leather double monk strap shoe with a single leather sole, part of the ever expanding Crockett & Jones women’s collection. Made on the elegant 617 last, this almond toe shape women’s double monk is equally at home in the office or evenings out.

Crockett & Jones Ruby is Goodyear welted, a traditional shoe manufacturing construction favoured by English shoemakers, allowing for multiple resoles. Repair not replace is the key to enjoying this style for many years, being the ultimate in sustainable footwear.

Bowhill and the Double Monk – Monk straps have long been credited to the Monks of Europe, who in the 15th century would roam the lands in a sandal with two straps and a buckle to fasten. Bowhill & Elliott have been around a long time (1874 if you was wondering) but even we cant elude to be around when the monk strap was invented. Bowhill & Elliott was certainly in full swing when the style resurfaced in the 1920’s, generally as a single strap with buckle on a black dress shoe. In recent years the double monk has come to prominence, and become popular to fill the gap between a loafer or Oxford shoe in terms of formality.