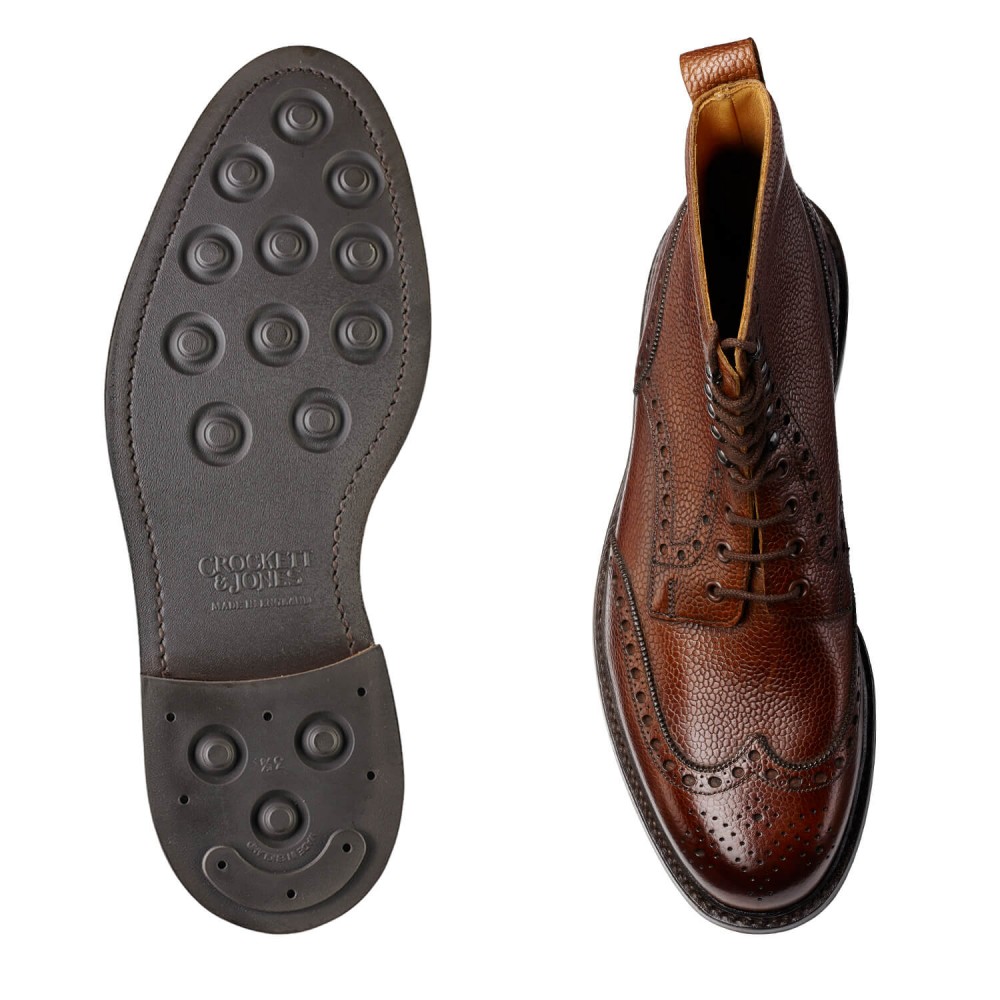 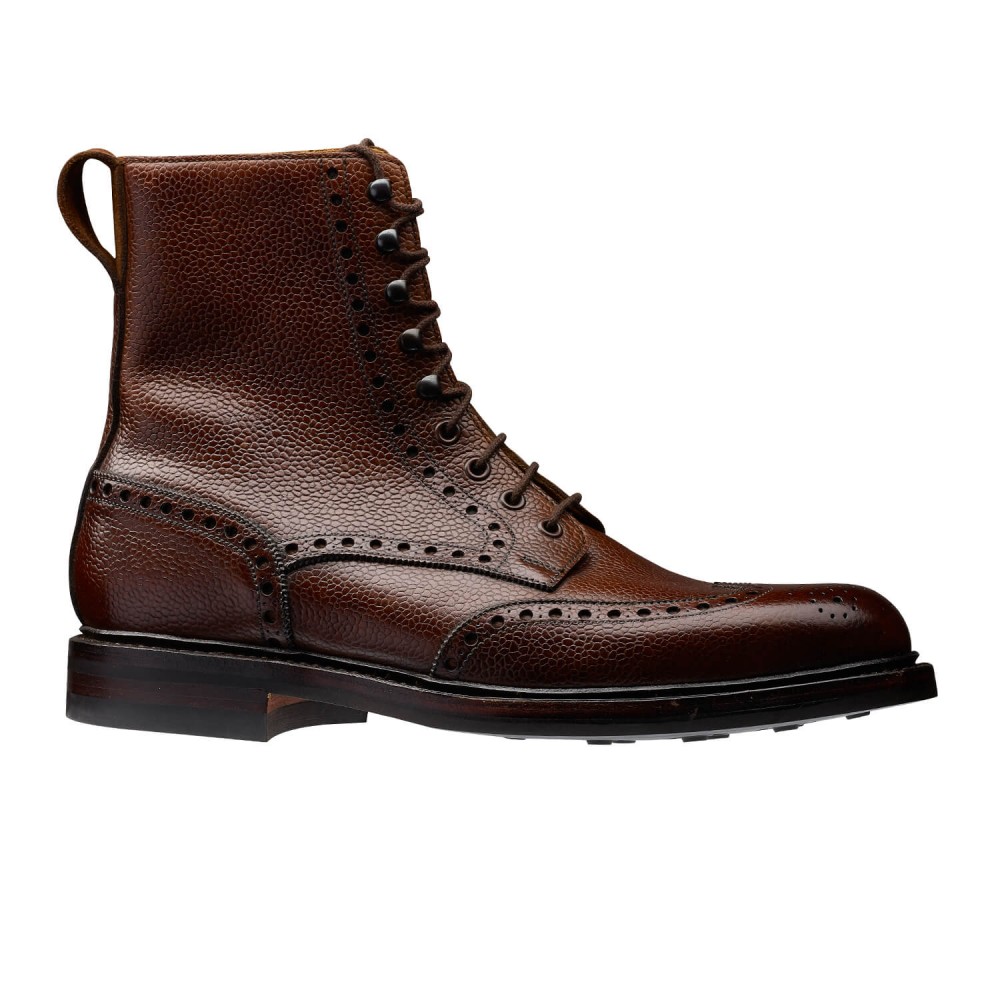 Crockett & Jones Islay in dark brown scotch grain is a derby lace brogue boot with storm welt and Dainite sole. Slightly higher on the ankle and made on the 365 Last, allowing a generous fit ideal for pairing with thicker socks. Perfect for rugged terrain, the Islay brogue boot cemented itself into Crockett & Jones legacy, when Islay appeared in the Scottish Highlands during the final scenes of James Bond’s ‘Skyfall’.

Crockett & Jones Islay is Goodyear welted, a traditional shoe manufacturing construction favoured by English shoemakers, allowing for multiple resoles. Repair not replace is the key to enjoying this style for many years, being the ultimate in sustainable footwear.

Brogues and the English countryside go hand in hand, and with Bowhill & Elliott perfectly placed in the heart of Norfolk, brogues have always held a special place in our long history. Originally designed for men who worked the land, the word brogue derives from Gaelic, simply meaning – bog. The punched holes that make the style a brogue would be perforated, allowing water to drain when working in marshland or bogs! The brogue punching may no longer perforate the leather, and although still fully fit for purpose out in the wild, it has become a true English classic regardless of the terrain.