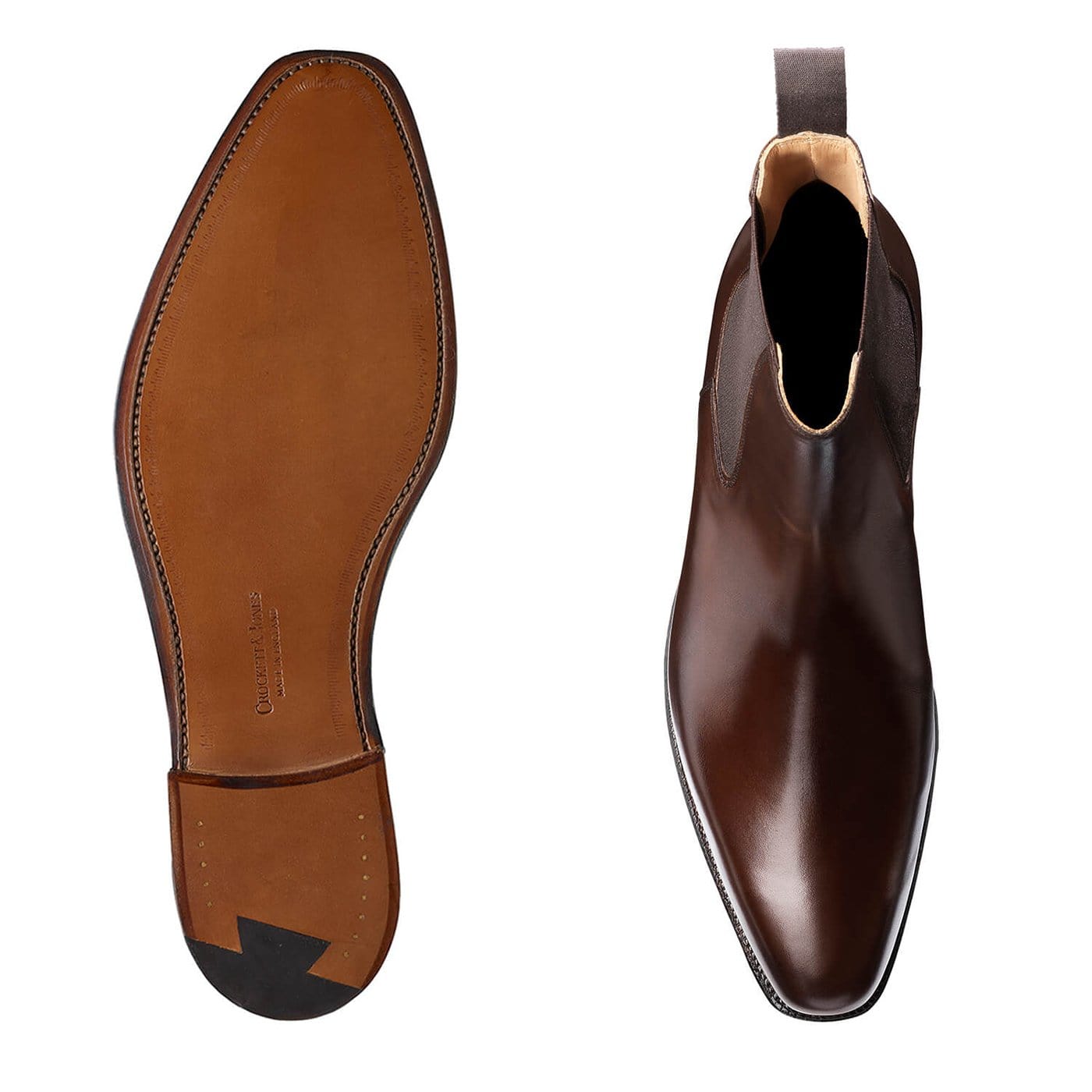 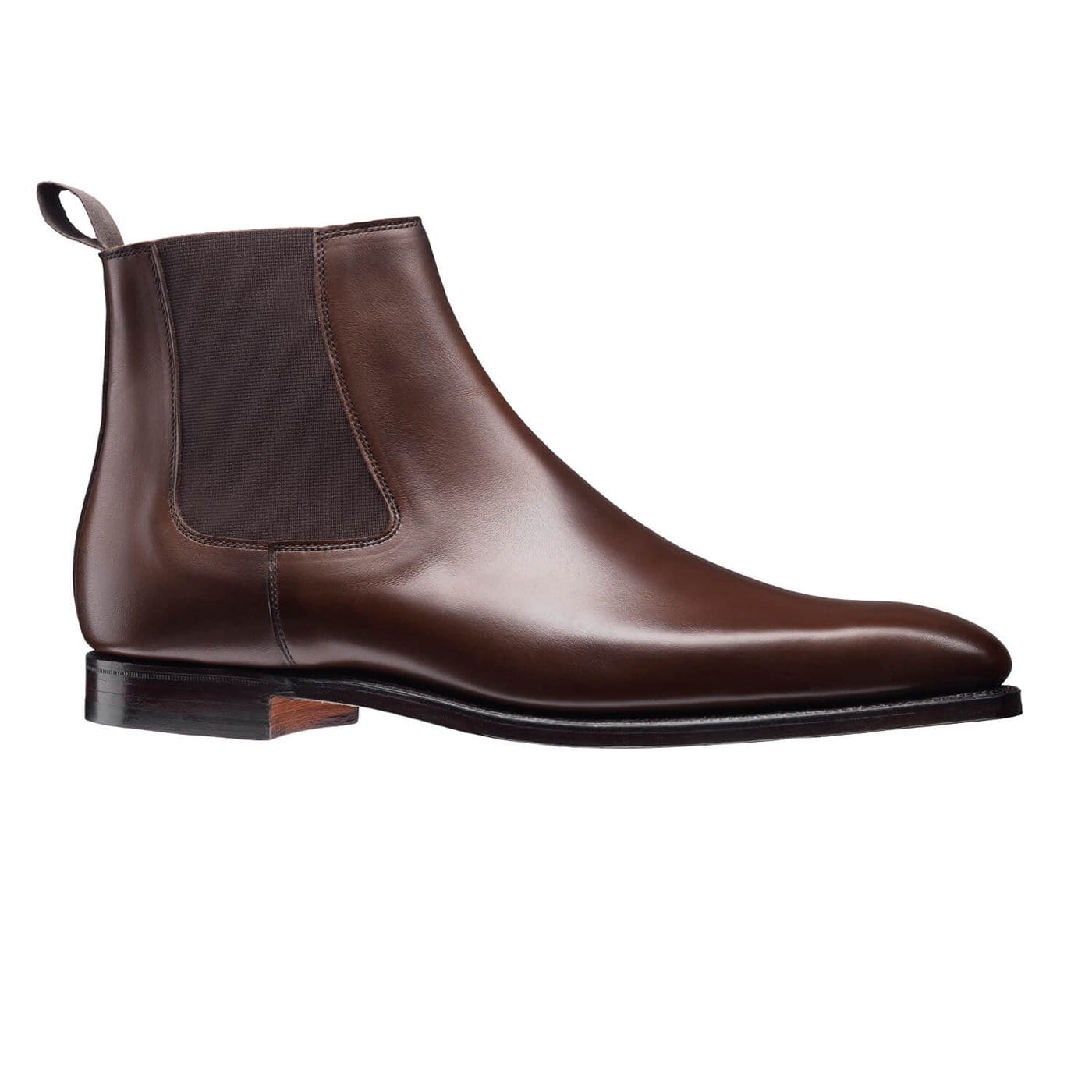 Crockett & Jones Lingfield Dark Brown Burnished Calf is made on the 348 last, an icon in itself. Elasticated side gussets and plain vamp, the Chelsea boot is the most versatile boot you can own. No lace, no fuss, just easy to wear with just about anything in the wardrobe, if you had to only own one pair, then make sure it is the Crockett & Jones Lingfield in dark brown burnished calf leather.

Crockett & Jones Lingfield is Goodyear welted, a traditional shoe manufacturing construction favoured by English shoemakers, allowing for multiple resoles. Repair not replace is the key to enjoying this style for many years, being the ultimate in sustainable footwear.

Chelsea boots have a long illustrious history; just like Bowhill & Elliott they became established in Victorian times. The invention of the elastic side gusset boot has been credited to Mr J Sparks-Hall, who in 1837 was commissioned to make a boot for Queen Victoria that was easy to pull on and off without all the fuss of laces. Although pre dating the wonderful world of Bowhill & Elliott (1874 if you was wondering) it’s no surprise the Chelsea boot was an instant success the day Obadiah Bowhill turned the key at 65 London Street. Historically as a bespoke shoemakers way back in 1874, you can imagine the demand for the latest boot which had begun to be be adopted by the equestrian set in Norfolk. Fast forward to the swinging 60s, and the boot had become commonly known as the Chelsea boot. Much like the Oxford toe cap taking its name from the university students in the early 1800s, this time it was the turn of rock stars who would wear a Chelsea boot with just about anything while strutting down the famous Kings Road in Chelsea. Today the Chelsea boot may not have the same glitz and glamour as previous generations, instead it is seen as the go to boot for versatility, ease and comfort, and still looks good with just about every outfit.

We have a more extensive range of Crockett & Jones shoes in our Norwich shop.