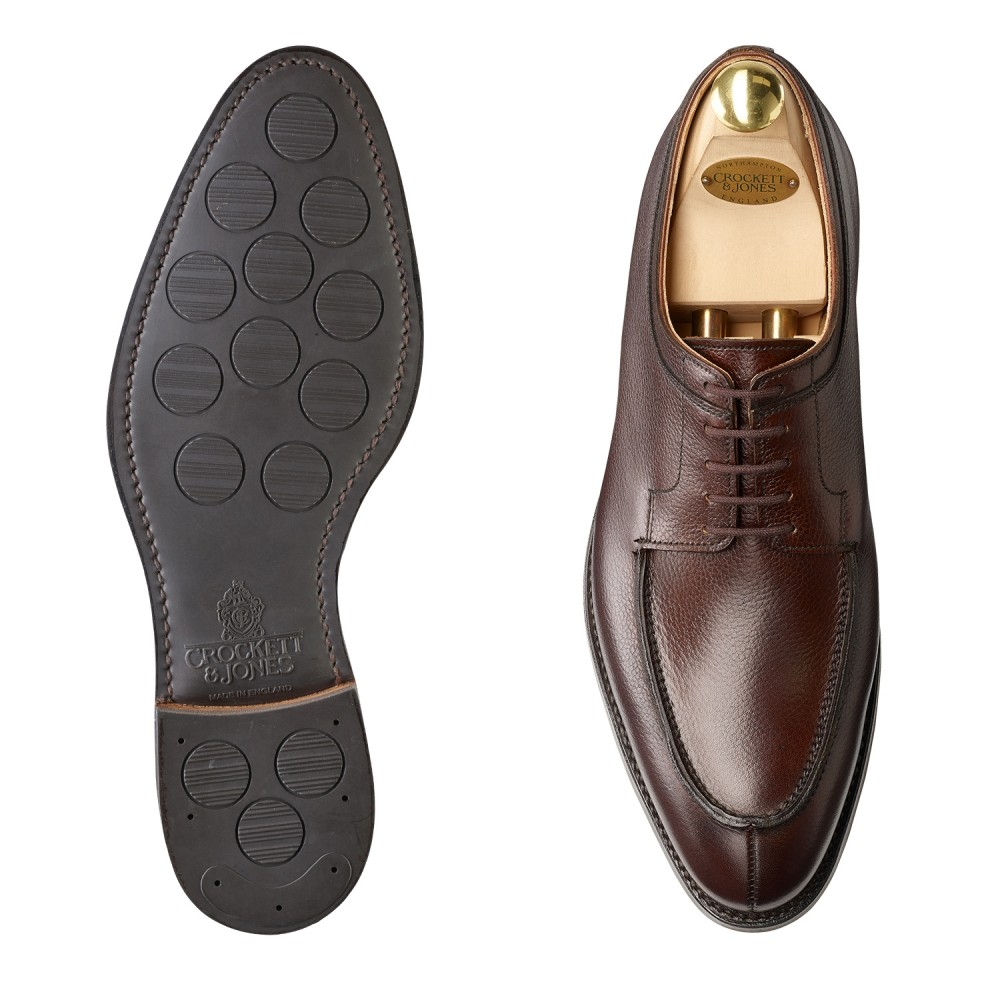 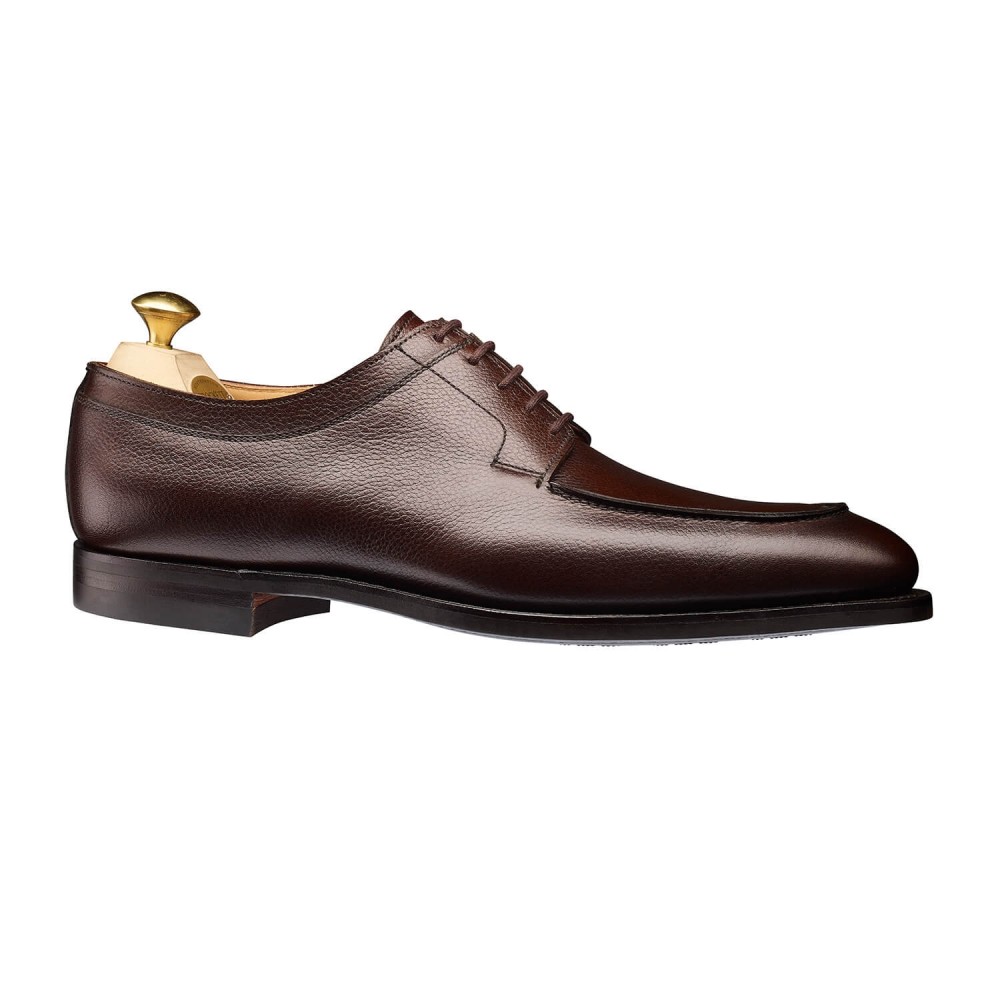 Crockett & Jones Hardwick is a split toe derby made with dark brown pebble grain on a city rubber sole. Made on the 341 last, Hardwick feels elegant thanks to the slim city rubber sole and refined pebble grain leather. The clever combination of grain leather, slim sole and the visual deception of the split toe makes Hardwick very easy to wear. It has all the qualities of a dress shoe for more formal attire, yet the grain leather and derby lacing relaxes the style, perfect for that in between dress down Friday feel!

Crockett & Jones Hardwick is Goodyear welted, a traditional shoe manufacturing construction favoured by English shoemakers, allowing for multiple resoles. Repair not replace is the key to enjoying this style for many years, being the ultimate in sustainable footwear.

Bowhill and the Split Toe Derby

The split toe derby earns its name from the distinctive stitched apron, which then splits at the central point. Most popular on the continent, especially in France, it can at times be referred to as a Norwegian split toe derby, although this would only technically be correct if the style was made on a Norwegian welt like the Hershung Ginkgo boots, also stocked at Bowhill & Elliott. Norwich has a strong connection with manufacturing styles and practices from Europe, with our own proud slipper manufacturing taking influence from ‘the Strangers’  who fled Flemish and French lands from religious persecution in the 14th century, with many settling in Norfolk.