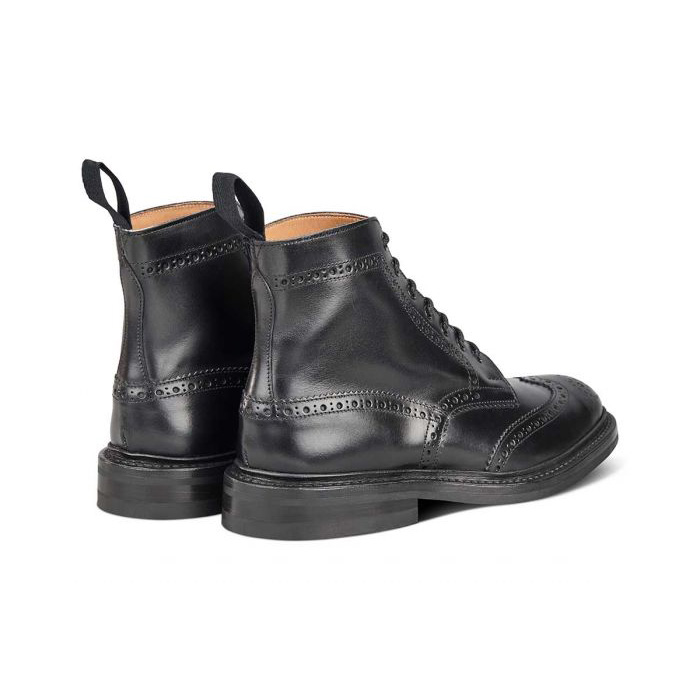 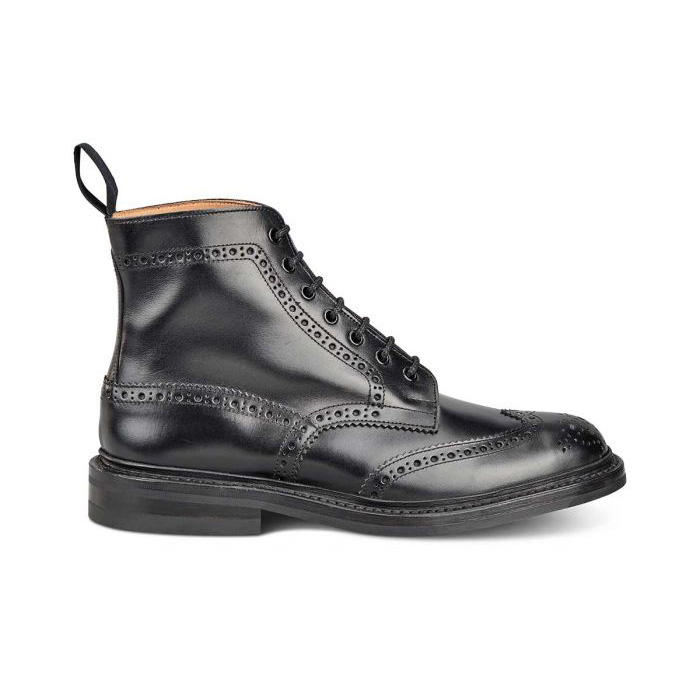 Trickers Stow is Tricker’s most popular and enduring mens brogue boot style, with storm welt and Dainite sole to withstand the elements.

Trickers Stow is Tricker’s most iconic men’s boot. Made originally as a country boot, but now worn by men all around the world across fields and cities. The Stow Derby ankle boot is instantly recognisable for its brogue patterning synonymous to Tricker’s; with its strong, solid build and seven eyelets that make it a best selling Tricker’s look.

A half bellows tongue is folded and attached to the boot to provide a watertight seal, with the storm welt providing an additional waterproof seal between the shoe’s upper and sole. Tricker’s Stow boot features leather linings and the option of either a traditional leather sole or a Dainite sole for more practicality.