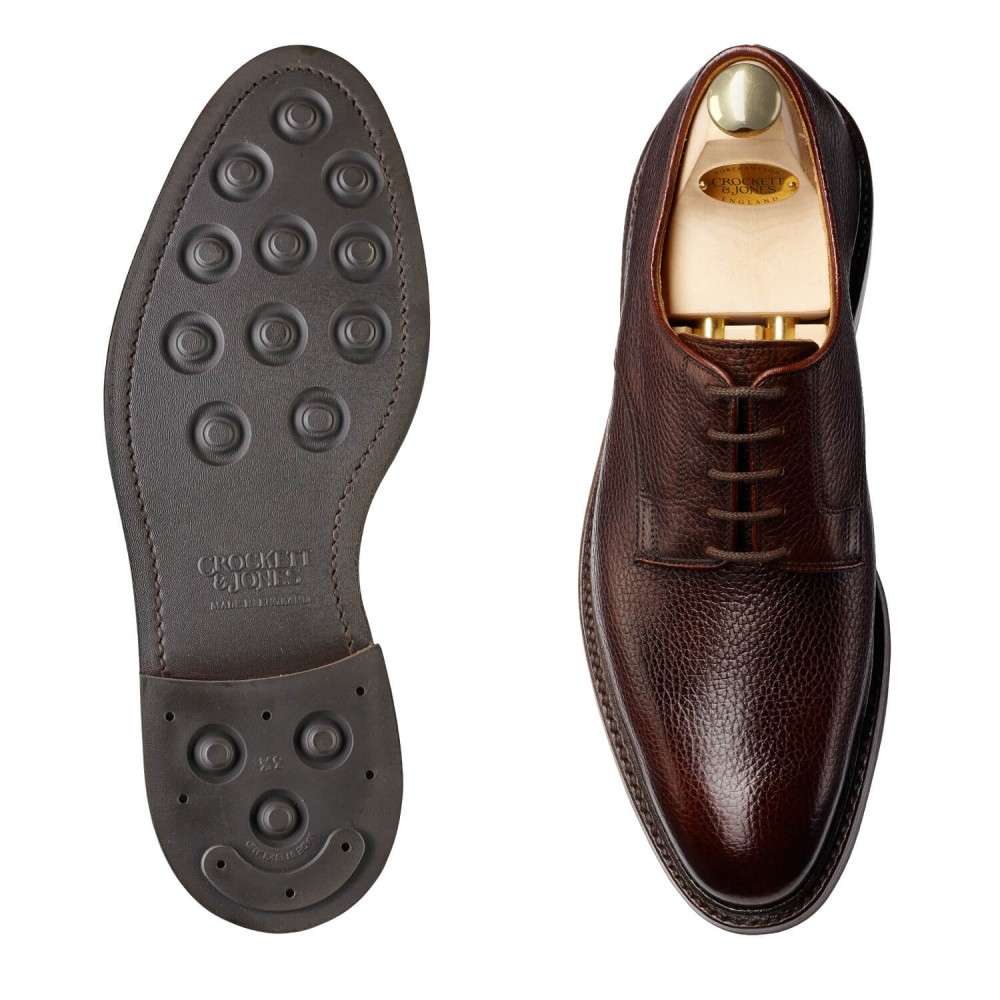 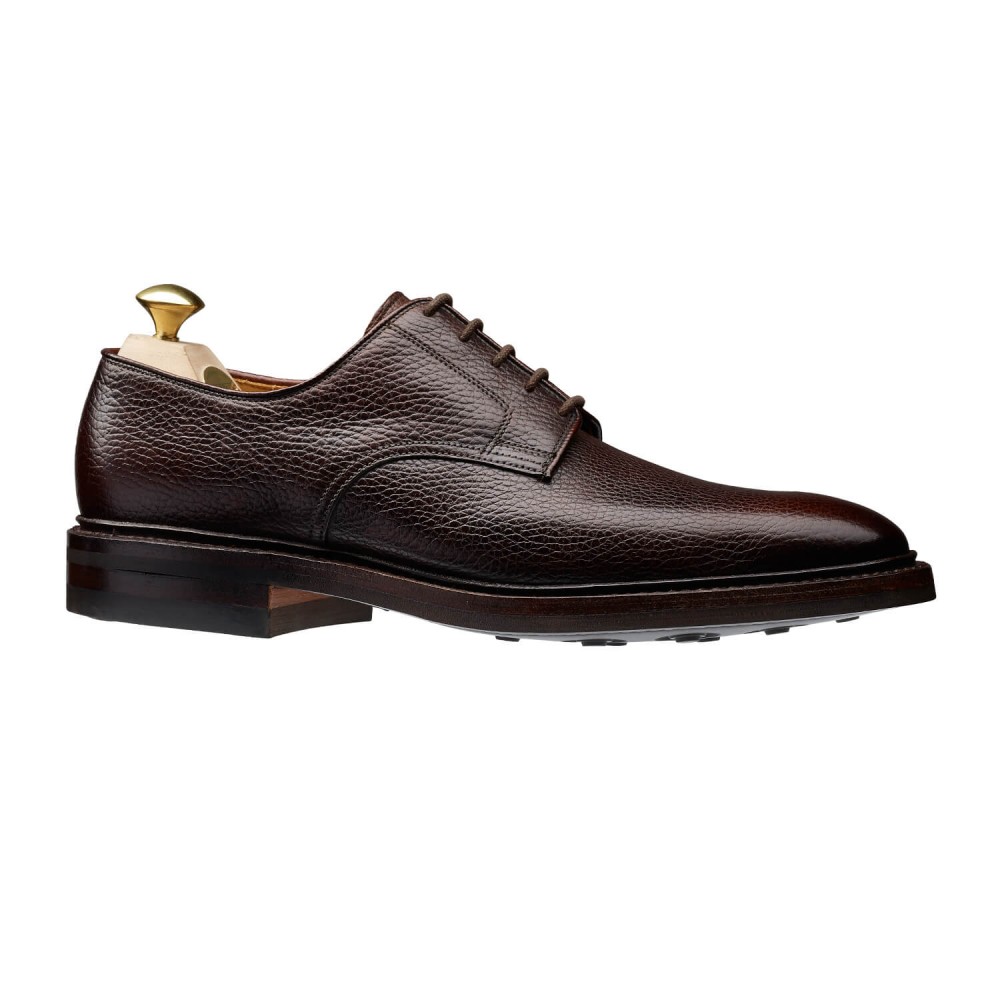 Crockett & Jones Ashdown in dark brown country grain is a plain front derby with storm welt and Dainite sole. Made on the 341 last, slightly more elongated than the Grasmere, this style is the perfect balance between town and country. The Ashdown has long been a staple at Bowhill & Elliott, ideally suited fort the gentleman who wants an all weather shoe, without the fuss of his decorated brogue cousin.

Crockett & Jones Ashdown is Goodyear welted, a traditional shoe manufacturing construction favoured by English shoemakers, allowing for multiple resoles. Repair not replace is the key to enjoying this style for many years, being the ultimate in sustainable footwear.

Bowhill and the Plain Front Derby

With the Oxford toe cap or whole-cut the poster boy for elegance and formal attire, then the derby is the king of country wear. Open lacing system is the defining feature to qualify as a derby shoe, allowing for a higher instep and wider fit to his more restrictive brother from Oxford. Perfectly suited to country wear and grain leather, the derby has grown in statue over the years, ever more spotted in the elite dress shoe circles due to his flexibility with fitting the wider foot,  just softening the edge of formality in an ever more casual world. The derby has always had global appeal, often referred to as a Blutcher or Gibson in America, where it still takes pride of place in the wonderful Ivy League style. Plain front derby has long been admired here in our Norwich shop, with the heart of the countryside only a stones throw away, and the youthful students from our fine University of Art’s recapturing menswear style from the golden 1950’s America.