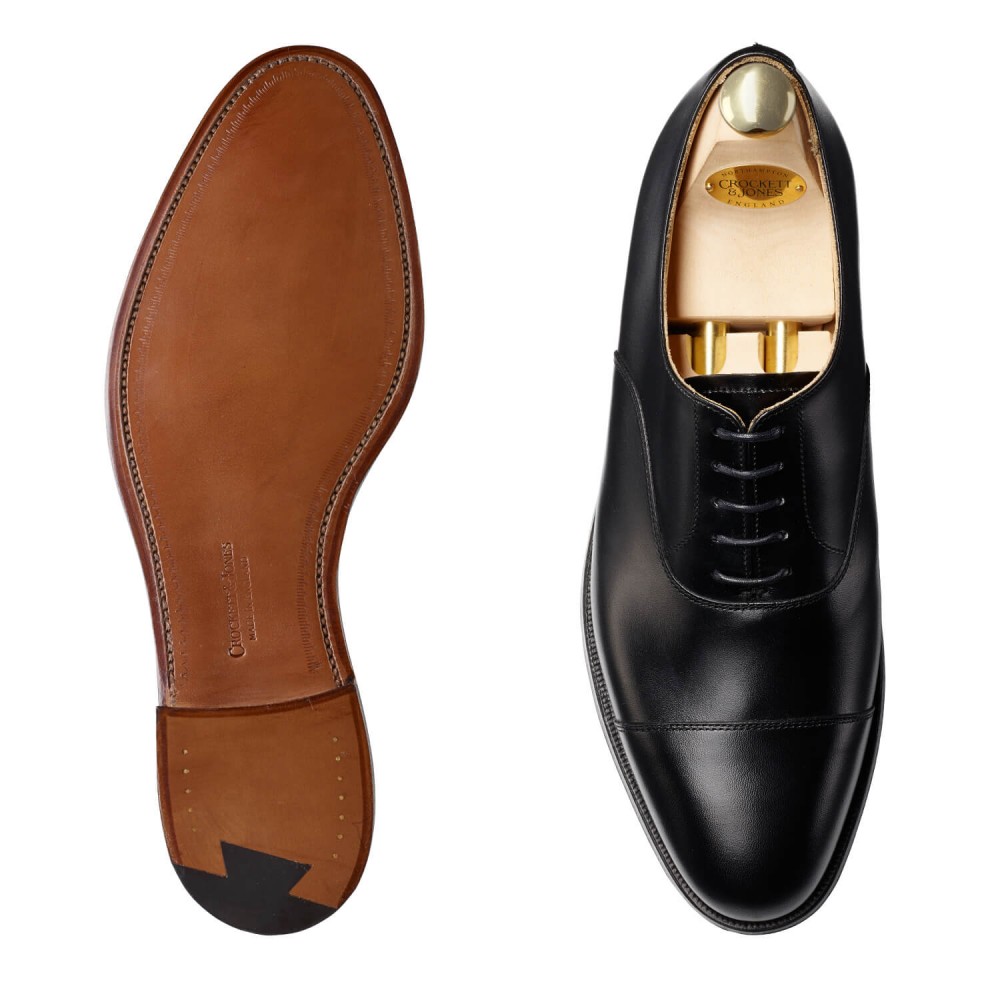 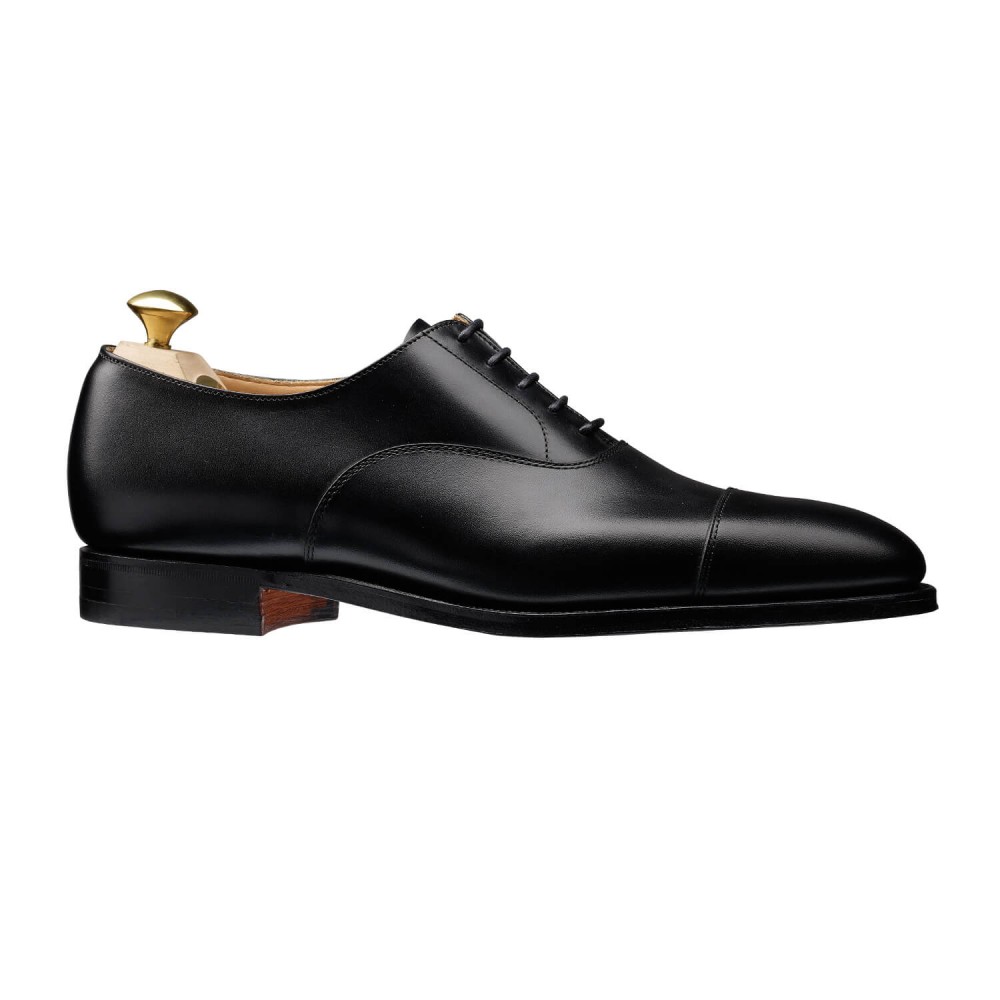 Crockett & Jones Connaught is a black calf leather Oxford toe cap made on the traditional 236 last with a full leather sole. A step back in time with the evergreen Connaught, a black cap toe Oxford that dates back to 1961 when the 236 last was first launched at Crockett & Jones. Connaught black calf is the last remaining style on the 236 last, with no intention of retiring this classic, expect to see the king of the toe cap Oxfords in circulation for many years to come!

Crockett & Jones Connaught is Goodyear welted, a traditional shoe manufacturing construction favoured by English shoemakers, allowing for multiple resoles. Repair not replace is the key to enjoying this style for many years, being the ultimate in sustainable footwear.

Bowhill and the Oxford Toe Cap

Oxford toe caps are the most quintessential of dress shoes, and an obvious must have at Bowhill & Elliott. Rumour has it the style originated in the early 1800s, named by the students at Oxford university, as the closed lacing system and elegant toe cap stitching became all the rage. Across the pond, our American friends would reference to the style as a cap toe Oxford, or maybe even a Balmoral – either way this timeless style is entrenched in classic menswear across the globe.  It is a common misconception that the ‘cap’ alone makes the style an Oxford, where in fact the closed lacing is the deciding factor, so to correct the famous Kingsman quote, “Oxfords or Brogues?” it is quite possible to actually have an Oxford brogue!

The beauty of our fine city of Norwich is that we cater for such a variety of occasion, the countryside and coast, within an hour away. A complete shoe wardrobe is a must if you want to fully immerse in all Norfolk has to offer, with an Oxford toe cap the linchpin of the Bowhill & Elliott gentleman’s shoe collection.